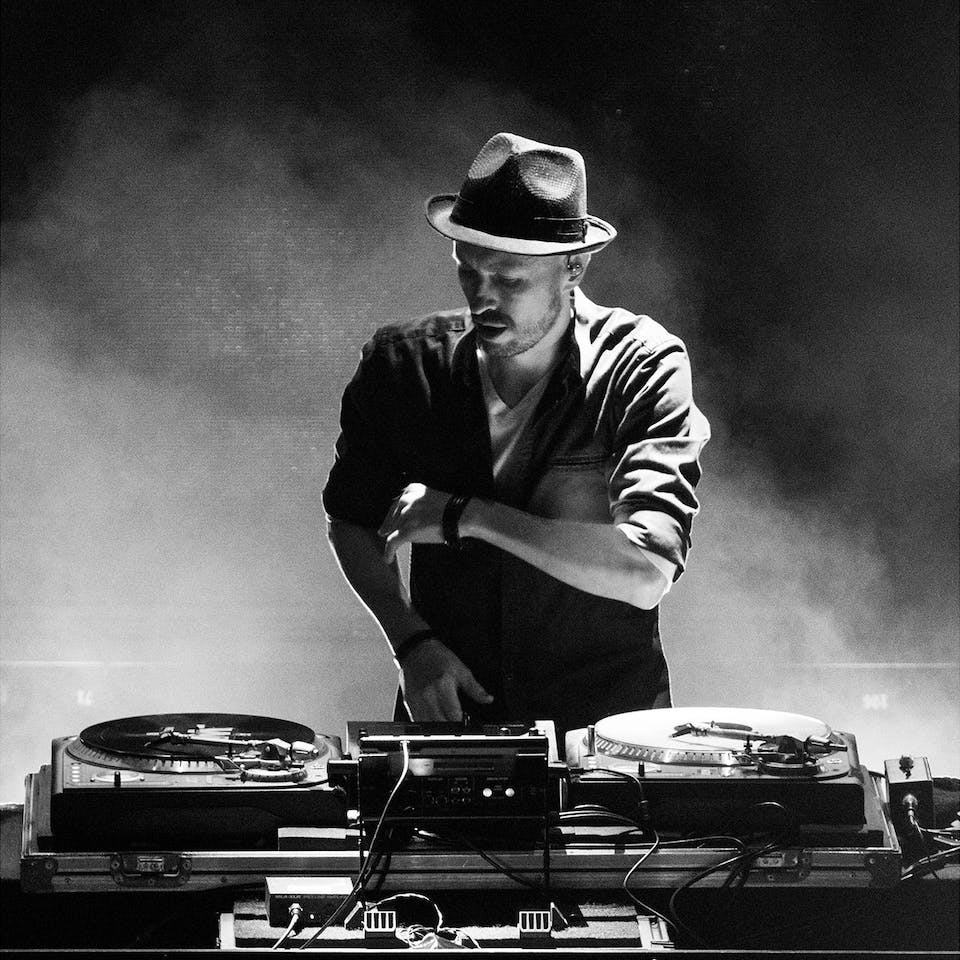 Presented by: Zero Mile and Speakeasy 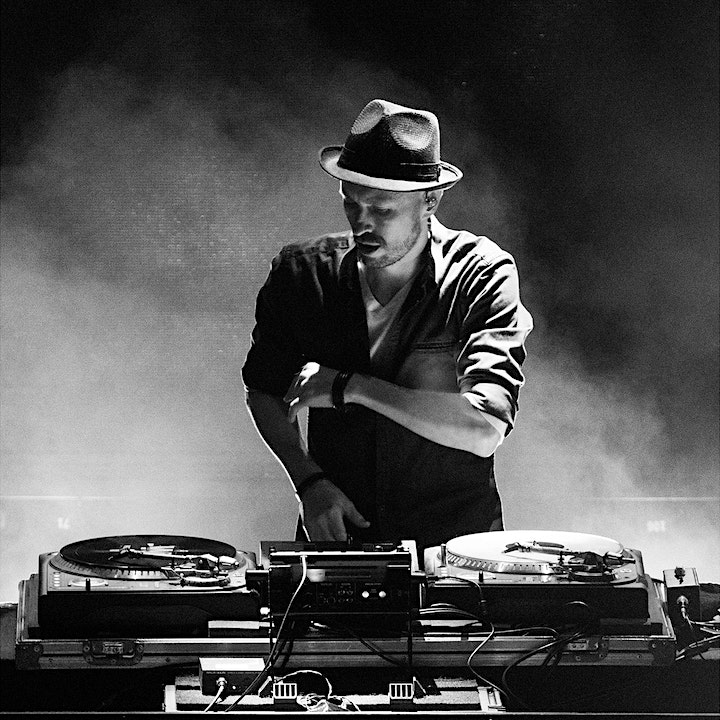 Currently working on a forthcoming album, Wax Tailor will make a break in September for a US Tour. He'll present a new DJ Set, a journey into sound, from cinematic downtempo to funky joints, through his own tracks, unreleased, revisited, remixes, friends producers & influences.

For over 15 years, Wax Tailor move forward on the side roads, with 5 studio albums, 2 double live albums & more than 700 shows in about 50 countries. Independently, this sound couturier became one of the leaders of the international alternative scene. Looking for the chemistry between modernity and sounds of the past, between sharp rhythms and soft arrangements, Wax Tailor mix his influences to create his own sound far from the short-lived trends. 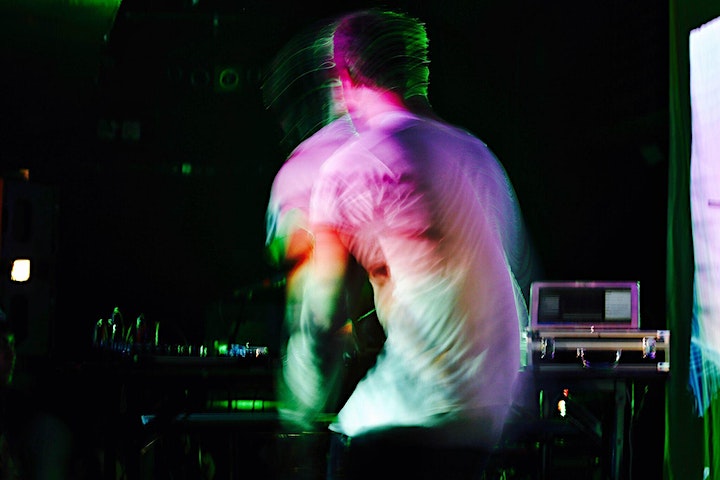 The American electronic music duo MirzaRamic and Max Lewis have compiled animpressive discography of 26 releases in their1 1 y e a r h i s t o r y a sA R M S A N DSLEEPERS.They have collaborated withdozens of prominent artists (Tom Brosseau ofFat Cat Records, Serengeti of Anticon, PhilipJamieson of Caspian, and Victor Ferreira ofSun Glitters, among others) and worked onnumerous remixes (Caspian, Helios, Ef, FromIndian Lakes, and many others). Their musichas also been widely used in various TV,radio, and online media programming,including VICE and NPR.While Lewis lives in the US, Ramic is currentlybased in Europe, from where he has takenARMS AND SLEEPERS to stages acrossNorth & Central America, Europe and Asiamainly as a one-man show in recent years...the full live band lineup (trio) appears only on special occasions.ARMS AND SLEEPERSoriginated in the post-rock scene over a decade ago, and while they stilloccasionally perform at post-rock festivals like Dunk!, their music on recent releases has beentranscending the narrow confines of that scene, oscillating more between “chilled hip-hop beats,glitching electronics and ambient progressions” (The Huffington Post) than the typical wailing delayguitars and drum crescendos.They have always been an act difficult to categorize....comments Mirza Ramic about FIND THE RIGHT PLACE:“In August 2017,Arms and Sleepersplayed a show in Durbe, Latvia, officially the smallest city in theentire country with a population of about 500. I was there with my close friend Victor Ferreira (of SunGlitters, who also co-produced our last album), and the show was organized by another good friend,a promoter who I've known since 2011 and who's even performed live as part ofArms and Sleepers.With about 100 people packed into a tiny space, as I was doing my usual end-of-show Q&A with theaudience, it dawned on me that after 11 years of actively being involved in the underground musicscene, this was my place. The music community that I’d been a part of had given me some of themost meaningful life experiences, memorable moments, and, most importantly, individuals that I nowconsider some of my closest friends. It was then fitting that we would use an image from that night as

the album cover. Taken by Victor during my live performance, it's a small peak into the world ofindependent, underground culture. All of us there (yes, even the sleepy fellow in the image) seemedto have found the right place.On one of the LP and CD artwork panels for our new album FIND THE RIGHT PLACE is a quote by the late Czech intellectual, politician, and artist Vaclav Havel. Knowing that his life was coming to an end, he spoke of leaving a mark on the world no matter how seemingly small and insignificant. For me, finding the right place in our lives is the only way to leave a mark on the world. We have to be comfortable with who we are and understand what our place in the world is in order to have a sense of finality and achievement when our limited time on earth draws to a close. Despite all the continual obstacles that an obscure, underground artist faces, after 11 years of doing Arms and Sleepers I have come to appreciate our place in the music world and all those around us that continue to engage with our work. As Havel writes, “All my life I have simply believed that what is once done can never be undone and that, in fact, everything remains forever. In short, Being has a memory.” Our collective memory—in small town venues in Latvia, unmarked industrial spaces in Hong Kong, or DIYparties in abandoned buildings in Guatemala—is something that we cherish with deep gratitude. FIND THE RIGHT PLACE has many themes flowing throughout it, but the most important one is that of the underground spirit which fuels our independent culture and thinking.” 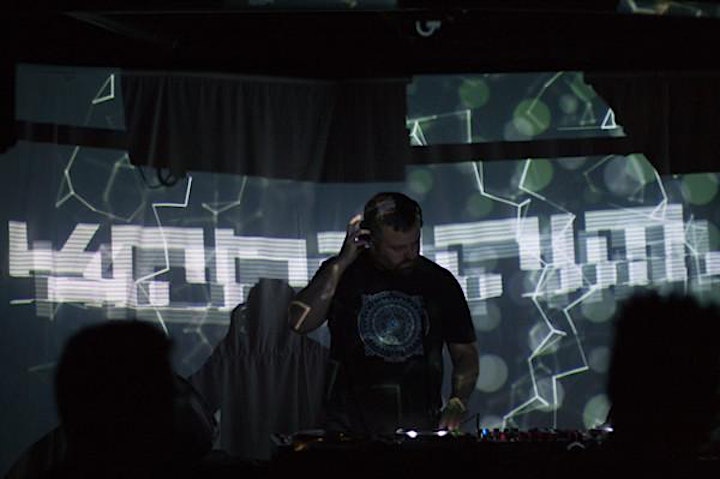 At 16 I was playing local shows w/ bands, and never stopped loving to play & make music. Currently producing under Dro Hz, and for Techno I'm under Kohanim.