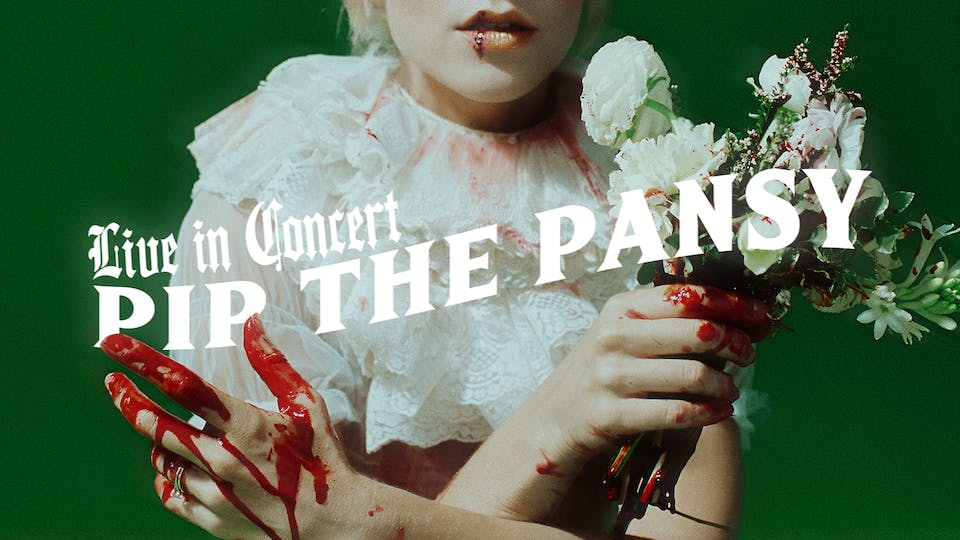 Pip the Pansy (formerly known as Wrenn) is the freshest new wellspring of color, fashion, and sound to come out of Athens, Georgia. Her song-craft has the polish and drama of a writer twenty years her senior and she’s armed with a voice that can be sultry, lilting, playful, or bold. A visual arts graduate of Georgia University, her immaculate sense for aesthetic is apparent in everything she does from her self-produced artwork and videos to the bubblegum-chic outfits she wears on stage. In the tradition of the Athens music scene, her music can be B-52 quirky, Beatle melodic, yet fresh to the ear. Her performances, nothing less than a star-burst on stage, have attracted a larger and larger following of “Fireflies” (her term of endearment for her devoted and loyal fans).

September of 2014, Pip the Pansy entered Chasepark Transduction Studios in Athens, Georgia with two songs in hand and a simple determination to pursue a career in music. Over the next three weeks, she proceeded to write, record, and produce 10 additional songs in a creative flourish that ultimately led to the release of her ambitious debut CD, Hi. An accomplished photographer, artist, model, and classically trained flutist, Pip the Pansy devoted the next year crafting a sound and look that took her from unknown to headlining act at the historic Georgia Theater in Athens. With her latest release , Apathy and Good Books , and upcoming EP,Royal Blue Daydream, Pip the Pansy continues to turn industry heads with her prolific writing, her visual command, and an overwhelmingly joyous presence.