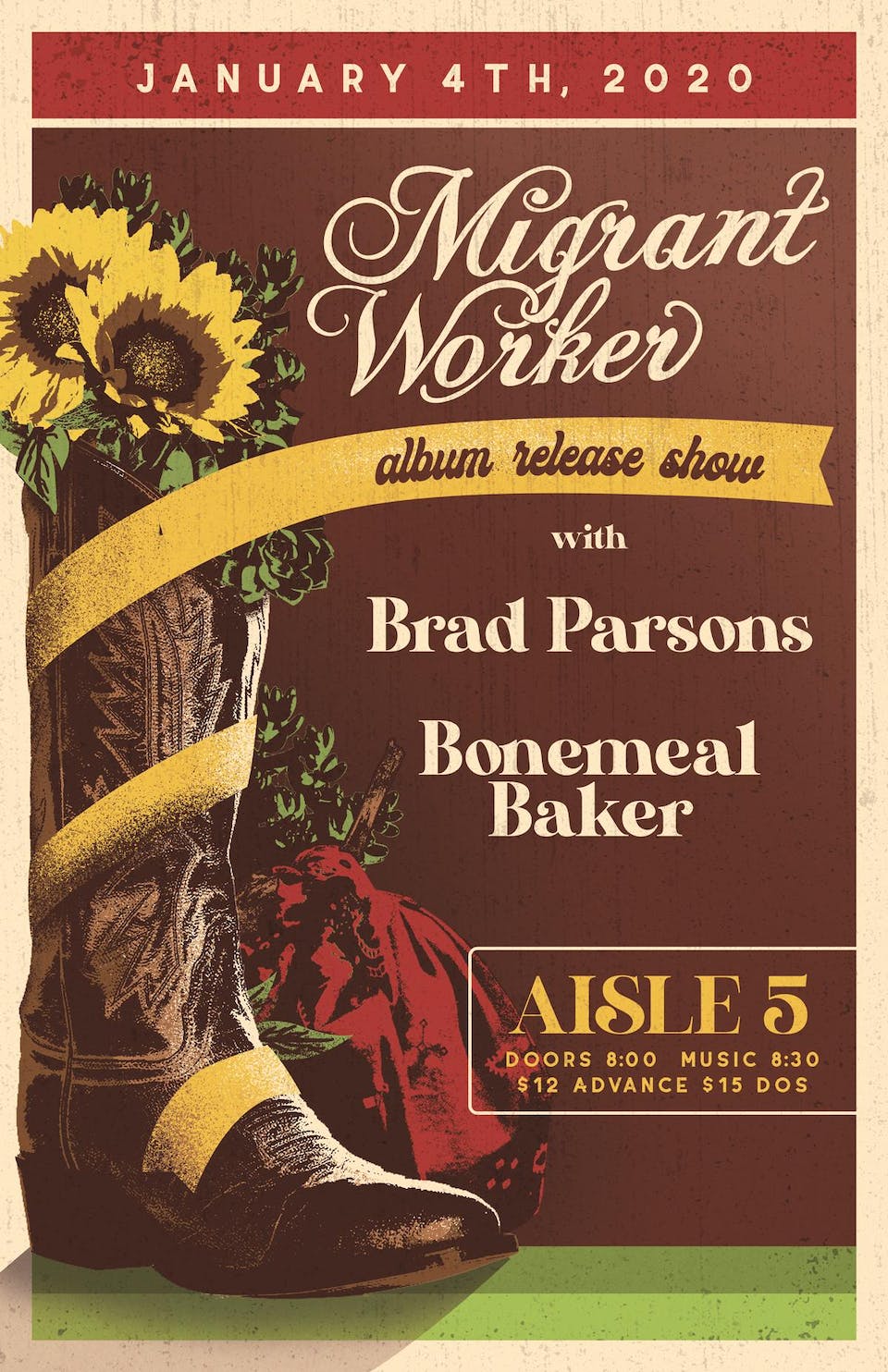 "The folk singers job is to comfort the disturbed, and to disturb the comfortable."

Woody Guthrie said these words many years ago, yet they still resonate today just as much as ever. Migrant Worker makes music that hopefully gives justice to the above statement.

Since forming in early 2012, Migrant Worker has brought their mixture of American Roots Music to the greater Atlanta area. Blurring the lines between Country, Folk and Rock, Migrant Worker seeks to bring back the urgency and realness that was once so ever present in the musical landscape.

On any given night the band can be seen bringing their original music to the masses while still paying homage to anyone from Gram Parsons to Woody Guthrie, Ry Cooder to Ryan Adams, Led Zeppelin to Lead Belly, and anything in between. Migrant Worker is a band which pays tribute to the past while looking forward.