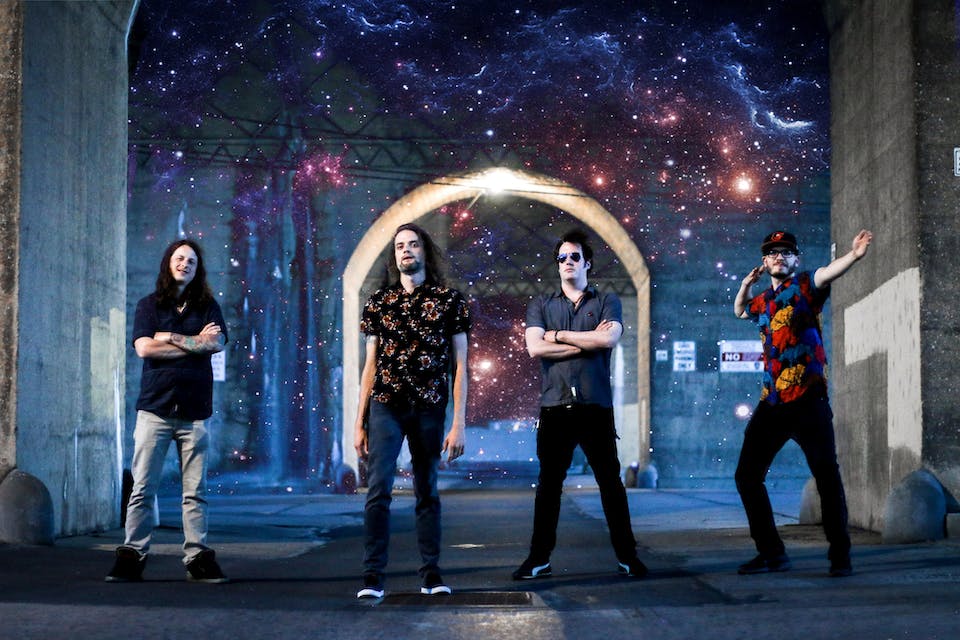 LITZ: LITZ brings together a wide array of musical influences ranging from funk, jam, go-go, soul, electronica and just about everywhere inbetween to amalgamate a new sound for the ears of the world. Their sound strives to sonically transport it's listeners to another planet free of the stress, struggles, and tribulations of modern day life through the use of funky horn riffs, wah-wah keys, pounding bass, driving/progressive rhythms and melt your face guitar.

Originating from Boulder, CO, founders Winston Heuga (Mandolin) and MJ Ouimette (Electric/Acoustic Guitar) originally sought to create an acoustic bluegrass outfit. After a few years dedicated to playing bluegrass, the duo transitioned to an electrified, rock’n’roll sound. Through out its preliminary years finding their roots in college and playing with an array of different line-ups, the band finally found their permanent line up in May of 2017 with the addition of bassist and vocalist Andrew Cooney. Drummer Tyler Gwynn and the ever-talented keyboard player Campbell Thomas form the quintet that creates a diverse soundscape combining soaring electric guitar leads and jabbing keys while retaining its roots in bluegrass with Heuga’s incomparable mandolin style. The rhythmic interplay of Cooney’s driving bass fused with Gwynn’s incendiary drumming round out the unique sounding band that is truly a style of its own; what the band refers to as “Ski Rock”. Tenth Mountain Division has evolved greatly since its inception but retains its roots in the American musical styles of rock, Americana, bluegrass, prog and the crossroads between them all. Since TMD’s first national tour upon earning a slot at the 2016 Summer Camp Music Festival with headlining acts like Tom Petty’s Mud Crutch, Moe, and Umphrey’s Mcgee, the band has embarked all across this country playing esteemed venues like Boulder’s Fox Theater, Baton Rouge’s Varsity Theatre, Austin’s The Parish, Nashville’s Acme Feed & Seed, Baltimore’s 8X10, and many more; The band has played festivals including Summer Camp, Aiken Bluegrass, Beanstalk, Head for the Hills, Pardee Palooza and after parties for the likes of Dead & Company, Twiddle, STS9, Moon Taxi, and Marcus King Band; and have had the honor of sharing the stage with artists including Nicki Bluhm, Jeff Coffin (Dave Matthews Band/ Bela Fleck), Bill Payne (Little Feet), Jeff Austin (Yonder Mountain String Band), Jeremy Garret ( Infamous String Dusters), Andy Thorn and Alwyn Robinson (Leftover Salmon), Jon Stickley Trio, and contemporaries such as The Magic Beans and Spafford.

This is only the beginning, stay tuned for all that’s to come!