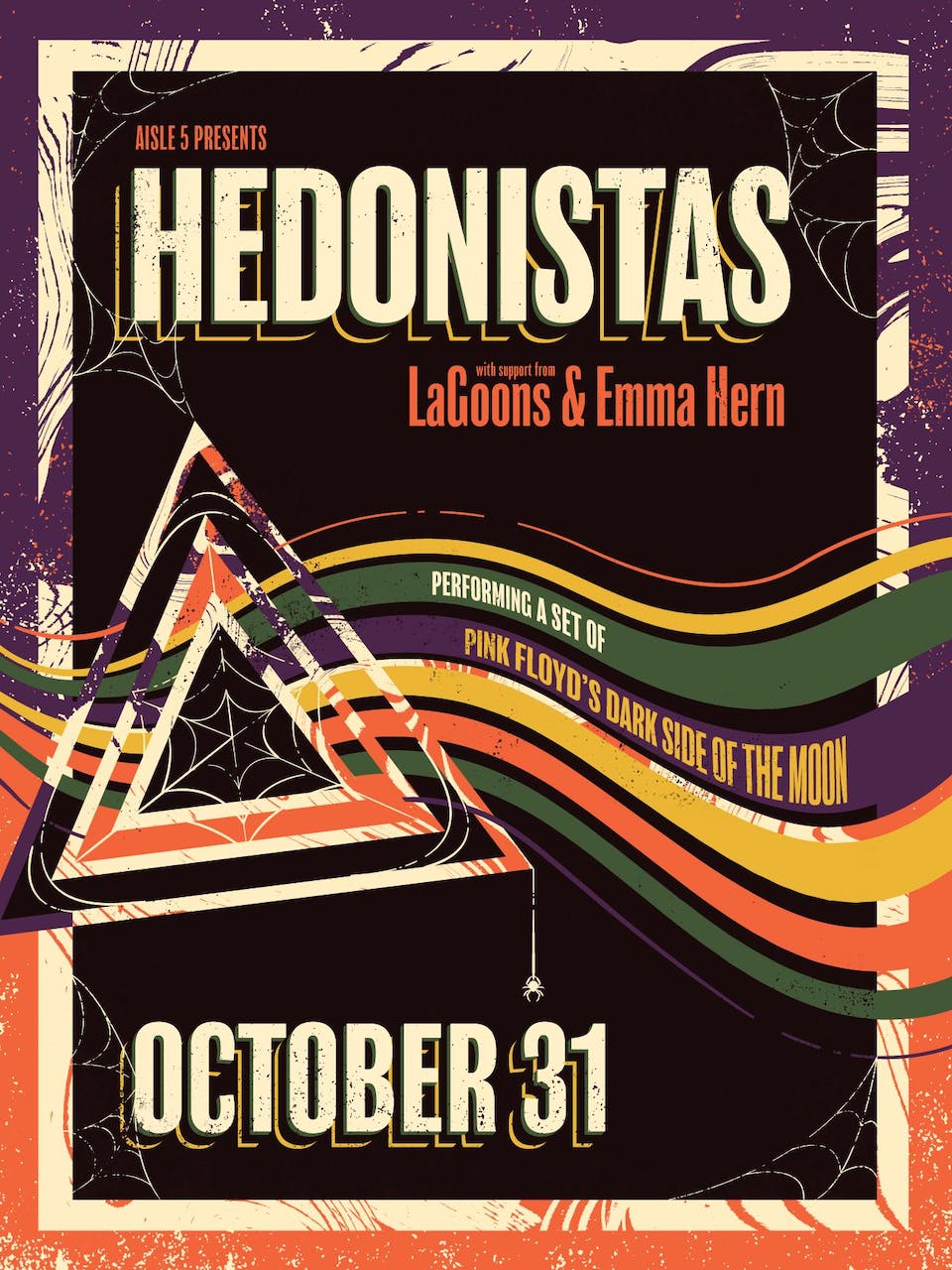 iCal
Google
Halloween w. Hedonistas at Aisle 5, performing a set of Pink Floyd's Dark Side of the Moon

Hedonistas is a five-piece funk/pop/rock band from Atlanta, Georgia. In 2018, they released their debut record, The Way Things Were, highlighted by Vulfpeck's Cory Wong sitting in on their hit song On the Run. Their energetic performances have propelled them to several sold out shows in Georgia, as well as spots on festivals around the southeast.

Deriving influence from Blues, Funk, Jazz, and the Unknown, LaGoons breathe a unique breeze of air into the world of jam music. Step into a show and listeners will immediately hear a distinctively goony sound. As lifelong fans and students of music, LaGoons are committed to the live concert experience. With each show their goal is to reach the highest level of energy possible, performing rehearsed compositions that leave plenty of room for improvisation and the listener wanting more.

Emma Hern bridges the time gap with her retro rock and soul sound. Her music is steeped in the late 60’s and early 70’s rock and blues she was raised on in Richmond, Virginia, while her electricity on stage is a fresh force to be reckoned with.