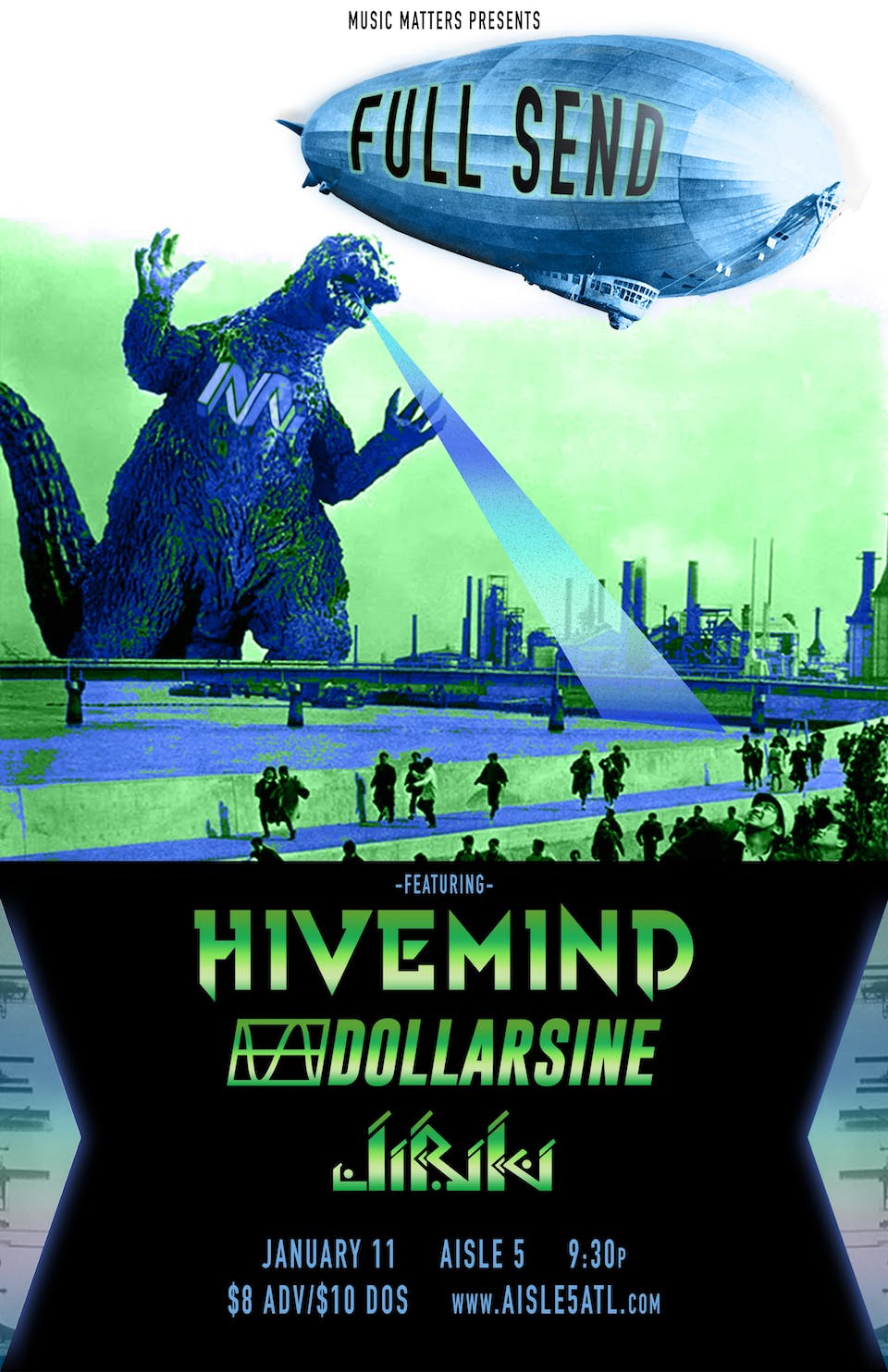 iCal
Google
Music Matters is back once again with more of your favorite local ATL musical talent and a completely overloaded array of visual production.

Hive Mind - Hive Mind is a new live electronic collaboration between Dan Cox of EP3, Dave McSweeney of Greenhouse Lounge, and Rohan Prakash + Niles Roberts of Higher Learning. Individually, their imprint in the genre has been felt heavily over the last decade. While this project is just growing roots, the members (in other projects) have each performed countless shows coast to coast, both headlines and support, with acts like STS9, Bassnectar, The Disco Biscuits, Pretty Lights, and many more. With Hive Mind, they put the primary focus on what they do best...improvisation. Complimenting the excursions are tight, competent songs with enough turn arounds to keep people on their toes and the party going all night!

David Dollar (DollarSine) is bringing a fresh new approach to how bass music is performed live in 2020. Hailing from Atlanta, this ever-evolving act unites live analog instrumentation with Dollar’s unique yet complex mixture of livetronica, trap and hip hop, heavy dub, improv and jazz with a down-and-dirty ATL twist. DollarSine composes and performs multi-genre grooves that culminate in a perpetual blend of sonic harmony.

After debuting his debut EP “Money Talks” across all major platforms in spring 2019, DollarSine has since performed coast-to-coast as support for numerous acts such as STS9, Ott, Thriftworks, Goopsteppa, Supertask, Chris Karns, Higher Learning and more. His next EP release is scheduled for early 2020.

JiRiKi is a one of a kind individual: She has taken Atlanta Bass to the next level, serenades crowds with her all original production, has an unforgettable personality, and much more. Some of the names she’s had the pleasure of sharing the stage with include ill Gates, Mochipet, Profit Massive, Up Until Now, Project Aspect, Unlimited Gravity, The Floozies, Archnemisis, Phutureprimitive, Bird of Prey, Random Rab, Vibesquad & many more. She’s played major music festivals including 420 Music Festival, Gratifly Music Festival, Impulse Music Festival, Counterpoint Music Festival, and Parties associated with SXSW, WMC, and Art Basel. JiRiKi is one of Atlanta’s top female producers and her show will take you on a journey through future bass and forward thinking sounds that will leave you wanting more.

Juna Red is a house journey through the soul of Clark Johnson, an ATL native who has spent his entire career and adolescence in the music and entertainment industry. It exist as a passion project started with the intention of sharing meaningful sounds that don't often permeate the local underground. Juna Red shows can be a blissful journey of organic and melodic beats, a maddening grind into deep heavy bass, or somewhere in between.