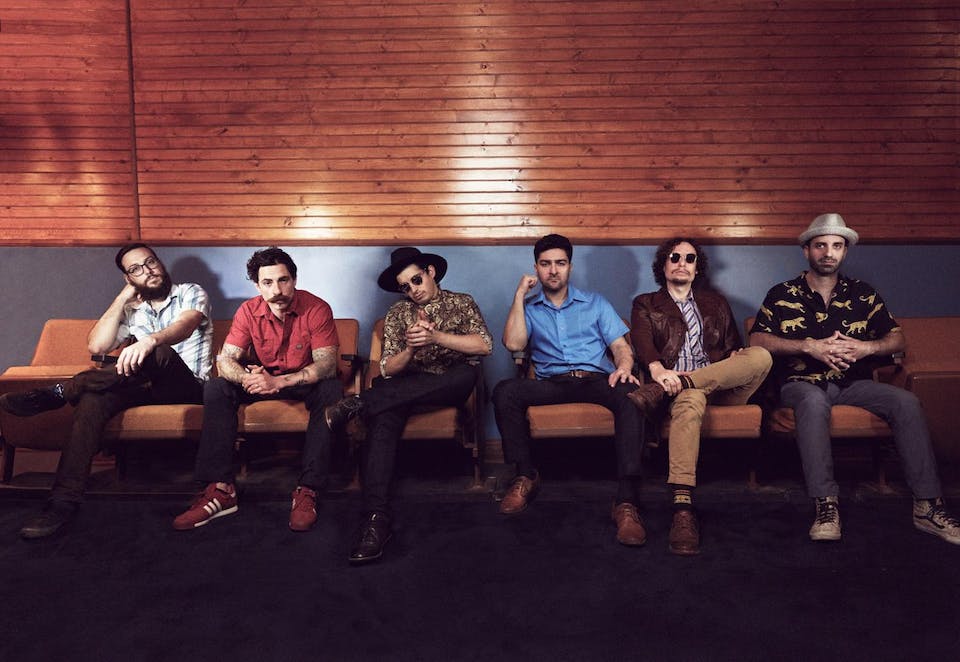 Few bands arouse a crowd into a collective shake like Flow Tribe. The six-member band’s onstage chemistry reflects a seamless combination of soul and movement that hits the audience within the first few notes. Virgin listeners and avid fans alike are drawn in by the distinctive sound that feels both familiar and original. From major festival stages around the world to leading a parade down the street, this is a group of professional musicians who’ve found their passion, and are living a dream where everyone’s welcome.

Second line brass and Cuban-Caribbean rhythms meld with R&B, soul, rock, and hip-hop beats in high-energy performances that turn every show into a celebration. New Orleans is influence itself, the unparalleled free and easy city weaving its way into track after track of original scores that make up a single definition of sound, which Flow Tribe has dubbed “backbone-cracking music.”

community that’s stronger than ever.

In 2017 Flow Tribe teamed up with legendary Hip Hop producer Mannie Fresh (Lil Wayne, Big Tymers) to create the album “BOSS”. The album reached #55 on the Billboard R&B charts and #5 on the Relix/Jambands.com chart reflecting the diversity of sound represented on the album. After relentless touring, Flow Tribe completed building a state of the art studio in New Orleans called Downman Sounds. They are now putting the finishing touches on a 2-part EP coming out in late 2018 and 2019.

Fux decided it was time to take their knowledge and mend it with their soul to work towards getting the masses dancing, laid, and spreading Love. After receiving knowledge from idols Jacob Alan Cinninger, Brendan Bayliss (Umphrey’s McGee) and Gabriel Marin (Consider the Source) they were finally ready to show the world what was brewing in their mind to create music that makes sense.

Fux combines their goofy and laid back personalities on and off stage to help spread cheerfulness and positivity to the world. Don't let their silly attitudes fool you, these boys show up to play. With the machine like transcendental rhythmic varieties from Eric , smooth sea of key rhythms from Michael, thunderous bass love bombs from Dustin and sporadic ignition from Sultan, Fux will keep you dancing all night long.