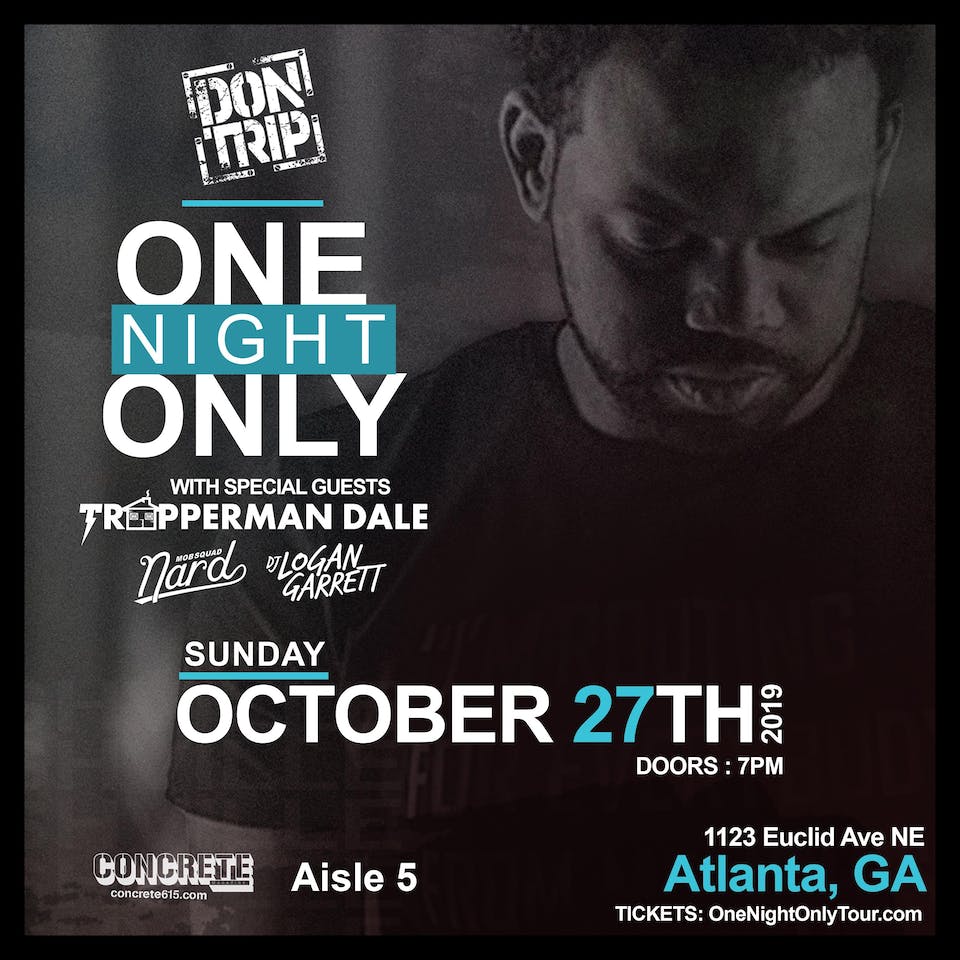 A Memphis native who stood next to Macklemore, Danny Brown, and Future for XXL Magazine's 2012 Freshman Class, rapper Don Trip (Christopher Wallace) was first a rap fan, following hip-hop from the teen pop phenomenon Kriss Kross to the breakthrough of the much rougher Three 6 Mafiaand the hometown-based film Hustle & Flow. He was into 2Pac more than the Notorious B.I.G., the superstar rapper with whom he shares a birth name. Although he has been active since the mid-2000s, Trip's output became prolific just after the turn of the following decade. In 2011 alone, he released volumes in two series of solo mixtapes (one based on the Human Torch and one based on the Terminator), collaborated with Nashville native Starlito on Step Brothers, and hit Billboard's Hot R&B/Hip-Hop chart with "Letter to My Son," released on Cool & Dre's Interscope-affiliated First Family imprint. Step Brothers Two landed in 2013, then Trip resumed solo work with Godspeed, The Head That Wears the Crown, and 2 Clip Trip, independent titles released across 2015 and 2016. He and Starlitoreconvened for Step Brothers Three in 2017. The following year saw Trip drop the full-length Christopher, which included features from Jus Bentley, Starlito, 8Ball, Singa B, and Bink4sho. Don Trip has continued to consistently release albums with 2018’s Christopher , which was followed by Don’t Feed The Guerilla’s in the spring of 2019 with standout record “Not Today”. In the fall of 2019 he released a full length album titled “They Don’t Love You”. With a prolific catalog of music Don Trip is regraded as on of the most iconic rappers from the south.