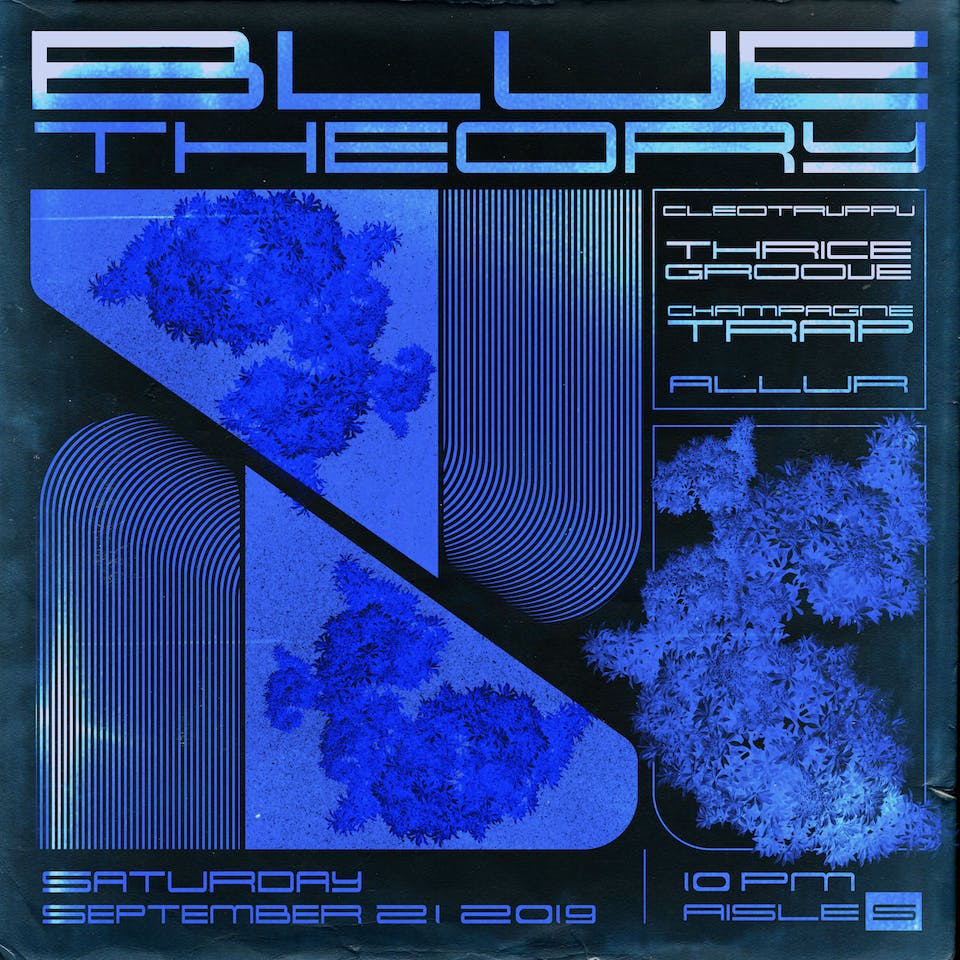 iCal
Google
Blue Theory is an event at Aisle 5.

Cleotrvppv is an Atlanta based DJ heavily influenced by music from multiple genres such as electronic, soul, trap, & funk. Dedicated to bringing a fresh sound in every set, Cleotrvppv is known for her open-format style and her creative mashups that are sure to take you on a journey.

Thrice Groove is a DJ/musician out of Atlanta, GA, representing on behalf of the creative entity Player99.

With a keen influence of R&B, house, electronic and funk, his sets bring a soulful but energetic vibe. He’s proved to be able to rock in many settings with a variety of artists on a local, national and international scale, including The Roots, Kendrick Lamar, Janelle Monae, Soulection & many more.

His California, New York and Atlanta family ties have inspired signature original productions which have garnered notable attention. Thrice Groove mixes his heartfelt energy into his work which will prove to be timeless through generations.

DJ Trap, better known as Champagne Trap, is an Atlanta based DJ representing the Player 99 Crew. He's provided the soundtrack to many memorable nights in the city at events such as VAIN, Phase, and Atelier.

Allurr is a Producer, DJ, & Curator based in Atlanta. Having been born a New Yorker with roots in Atlanta, points to his diversity and unique taste. Allurr has worked with companies such as Red Bull in South Africa, A3C, TuneCore, Atlanta United, Bulldog Gin, and now Pandora. In addition to being signed by SESAC as a producer, Allurr is a co-founder in one of Atlanta's most prominent nightlife experiences, PHASE.